As any fellow makeup hoarder would tell you, there are two products that seem to pile up endlessly; mascaras and lipsticks. You are all very familiar with my mascara obsession. I even dedicated an entire series a while ago to testing out my hundreds of mascaras. Well, you’ll also recall that the series ended abruptly with me discovering the perfect mascara. The mascara of all mascaras. The mascara that was discontinued… I repurchased as many as possible until I could no longer track it down, and began the search for a successor.

I dabbled in many mascaras and nothing seemed to hit the spot. I’ve mentioned before how short and non existent my lashes are, and considering I’m over liquid liner I need something to work drastically and darken my lash line. Lancome’s Monsieur Big was always in the back of my mind. Most of my favourite beauty bloggers, I’d noticed, swore by it and stuck strictly to using only it for months. That had to mean something.

Finally, I got a tiny sample and decided to give it a try. SHOOK. I was shook to every core within my very being. Now, I should mention that my lashes have been growing recently. They are still undetectable without mascara, but they seem to pick up mascara pretty well and hold a curl, they’re also definitely longer. So, paired with my lashes being in a great place, this mascara took things to another level.

When I tell you this genuinely looks like I have applied individual lashes. It is the blackest of black, and the brush grabs each individual lash and completely coats it. It gives me insane length, so much so that my lashes touch my brow bone. Wild, I know. 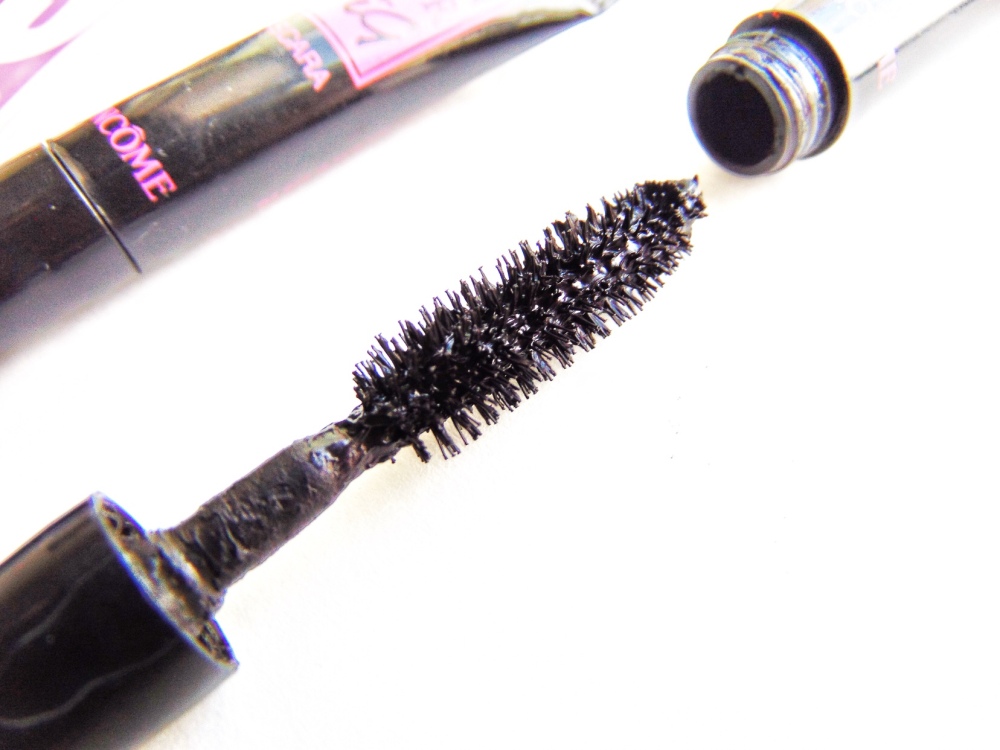 It’s not really the length that I love about this though, it’s the finish it gives to lashes. It’s hard to explain. Typically when you love a mascara you love it for the dramatic volume or length it gives you. But, this beauty takes things somewhere else. What’s so magical about this is how fluffy it leaves your lashes looking. Fluffy really is the only word I can think of. Think of your favourite fluttery lashes, and this gives the same effect. It kind of plumps up your lashes right at the root and then really fans them out at the tips.

I honestly did not think anything would compare to my Estee Edit, but I genuinely haven’t even reached for that for months now. It is genuinely unreal. I’ve been constantly rocking mascara only looks because it just does all the work you need. I don’t even try with eyeshadow because I genuinely want it to be the star of the show- it’s that good.

Let me know if you’ve tried it! Yesterday, I tested out Lancome’s Grandiose mascara and honestly it kind of worked amazingly too, I’m starting to think it’s something about Lancome. I’ll keep testing that out and keep you posted!